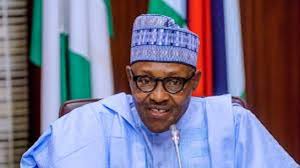 Nigerians heaved a sigh of relief today, as President Muhammadu Buhari turned up at the APC secretariat and did what had in the last two years been unthinkable—restored sanity and pride. Before now, the atmosphere had been riotous, divisive and set on flames. The administrative structure had been hijacked by some lycanthropic individuals who fancied themselves as demi-gods; their style of administration was no less  kakistocractic and many trembled at the fierceness  of their negative decisions visiting prospective politicians alike -whether paperweight or heavyweight with searing pains and trauma.

You need not be an enemy, but once you are perceived to be a remote threat, then expect the most fiendish attack to amputate whatever shred of reputation you had. Ambode in Lagos was as impressive as he was superlative; his aura was exemplary but at the end, they struck; a sledge hammer was applied to halt his rising popularity—though temporarily.  Bukola Saraki—you all know him—tasted some of the most  vicious  and monstrous attacks ever known when he came under accusations for allegedly stealing the senate crown. ;

The dragnet even extended to the Executive where Ngige was assaulted and ordered around; but the veteran Ngige—himself a previous kidnap victim under Obasanjo—would not succumb to the predators at the then secretariat. Those  of us watching from  television sets were not spared either. The prehistorian tactics deployed by the now ousted overlords reminded us of Sobibor, Bergen-Belson the German concentration camps deployed by the Germans to rout nay suppress their enemies.

The APC secretariat was that terrible. Before Obaseki—a sitting governor—was forcibly edged out by one who had appointed himself as an ombudsman it was clear that reason and common sense had failed. So the timely intervention of President Buhari has now stoked out the fires. See what recalcitrance can do; today, the APC has moved on without the duo. Who says no one is dispensable? 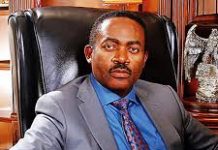 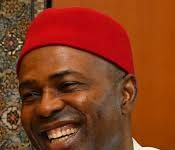 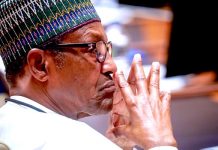 Ihedioha: Mbaka Did Not Hear From God!